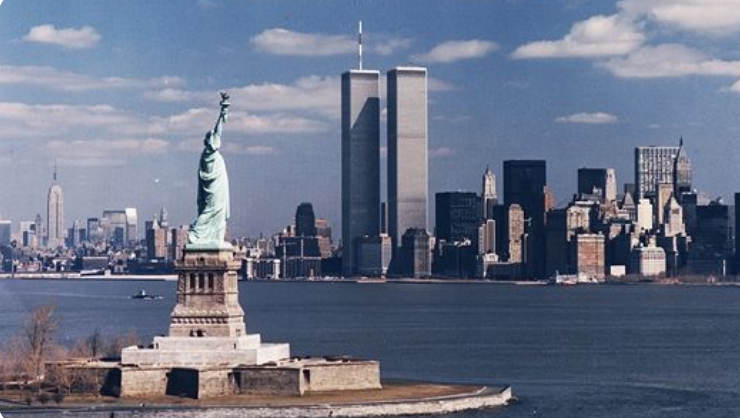 It was Tuesday morning.

A day of rest for me. Back then.

Sundays were defined by handfuls of Advil, healing a stressed out back. And finger exercises to improve the blood flow and feeling in numbed-out fingertips, battle worn from zip ties and floral wire.

Mondays were rest… Just sleep. Sleep in. Eat a middle morning healthy breakfast. Kick it around the house. Nap. Take the dogs to the beach in the afternoon. Watch a movie I would rent from Blockbuster on upper State Street. In my pj’s nestled into a mound of pillows and two loving goldens, Kia and Chas.

Then, on Tuesdays, I could sleep longer than normal… maybe until 7 am. But at some point had to kick myself into gear and get planning for the next round.

That Tuesday we were looking ahead to a really busy weekend.

We had 5 weddings on the roster that we needed to produce. With three rehearsal dinners.

To break that down, that was 2 rehearsal dinners on Friday evening, 3 weddings on Saturday – 1 lunch time and 2 evening – with another rehearsal dinner in the evening, and then wrap it up on Sunday with two more day time weddings. We were scheduled to be rolling in to The Four Seasons Santa Barbara for three of them, with one at Bacara Resort & Spa and one at The San Ysidro Ranch. … hard to exemplify, but I can assure you that this is a shit ton of roses, a small caravan of white cargo vans, and no shortness of frenzy and strategic planning down to the minute.

The biggest story on the street – that being East Valley Road in Montecito where I lived at the time – was all the work that Oprah was doing on ‘ Tara II ‘ . The estate she had purchased from the Baker Family Estate and had renamed in deference to Tara from Gone With the Wind. [ sidenote: I’ve never understood that throughpoint… anyway ]. I lived right across the street from her and Stedman, and like everyone, I oogled and gawked waiting for a glimpse of her coming out the newly installed front gates with the armed private gate guard, in her convertible Rolls Royce to go grocery shopping at Montecito Village Grocer.

It was shortly after I had showered and had breakfast that Tuesday morning that my Blackberry [ what’s that you ask? ] started going off… ‘ turn your tv on! ‘ ‘ now! ‘ . What the fuck is going on.. ?? Living in Santa Barbara and getting panicked messages like that generally was a notice that a wildfire had broken out… or a celebrity’s kid had broken out – of jail. And we knew we could look forward to reading all about it on the cover of The Independent that Thursday.

It wasn’t the case that Tuesday.

My clan of our Corridan Family was the only one to come West. My grandfather was transferred to March Air Force Base in Riverside, California for the tail end of World War II. Leaving Manhattan at the age of 18, he left behind his parents and four sisters – Mae, Maureen, Kitsy and Annarita. The girls watched their baby brother head off to war. Or at least an air base in California. They stayed behind and, like we Irish do, got married, and had a lotta babies… in the name of Jesus, Mary and Joseph. Of course.

My Dad is one of three. Most of his cousins are ones of many – five, six, seven, twelve. And they too went on to have more and more… not Corridan’s, as the girls all gave up their maiden name. But there are many of us who share the bloodline thread through our family quilt, which today covers Manhattan, all the burroughs, New Jersey, Ohio, Pennsylvania and Long Island. Pretty typical story for folks who’s mighty family tree with all its weighted boughs, roots deeply into Ellis Island. We Irish, starting the journey by bringing our dirty potatoes with us away from the famine stricken Emerald isle.

I had two trips back to the City when I was a kid with my Grandpa and Grandma. I loved my Aunt Kitsy. I was mesmerized by the scale and pace of Manhattan. I could have never imagined a bread like Jewish Rye being like a candy to me. And Gelato from a street vendor was a one-way ticket to Heaven.

St. Patrick’s Cathedral was mind boggling to this young Catholic boy. Even then I would tear up as I fought the voices in my head, and on the page, telling me I was damned for being queer. But they were tears of ecstacy and joy. To be with God. God was in that building. I could hear his voice.

And – spoiler alert – I was enthralled with Saks Fifth Avenue. Go figure. That and the Gucci boutique on Madison. THAT was NIRVANA! ; ]]] … I laugh.

I knew from the time I was in kindergarten that I wanted to be an architect. And, here again, Manhattan delivered. At 12 and again at 14… The Empire State Building. The Chrysler Building. Rock Center. St. Patrick’s Cathedral.

At the toes of those massive towers. I couldn’t figure out how the earth could hold them up and keep them steady. It blew my mind. Feeling much smaller in fact than an ant in its island long shadows. One of thousands of little ants coming and going – always in such a rush! – in and out of the circling steel doors into the massive, echo’ing white marble lobby.

Ride the elevator? Holy shit… I thought Disneyland had the recipe for the adrenaline rush. I was told if you bend up and down at your knees while the elevator was ascending to the Heavens you could feel like you were flying. … it was true! You could also get in trouble for trying to fly and not behaving, but who cared about that? I was flying!

I think if they were still standing today, and I went up to the observation platform, I’d probably puke. But then? I couldn’t get close enough to the rail to gasp at the American horizon stretching out to infinity in every direction under summer blue skies [ albeit intensely humid]. The very realization of why so many of us… practically all of us, landed on those docks, in the shadow of Lady Liberty, just a turn of the head below, holding her torch high, welcoming every human who sought a better life to our shores.

My Aunt BJ worked at WTC. We called her ‘ Aunt ‘ but she was my Dad’s first cousin. I don’t remember which tower now. And if I recall correctly she was up in the 40’s in the tower she worked in. She did accounting. I guess for a trading company? I don’t know. I wasn’t interested in those things. What I wanted to see was the tennis ball I had heard so much about roll on her desk… as the building swayed in the wind. IT SWAYED IN THE WIND! They designed it that way?! WTF? Seriously… and when it was windy, you could watch a tennis ball roll around – and usually off, her desk. Soooooo cool!

I looked out my backyard windows from the living room, in the direction of Oprah’s driveway. It was a gorgeous late summer morning in Montecito. The sun was still rising over the oak forest canopy. The air was perfect. The shadows were doing their prelude to Fall dance on the lawn.

How could this be…? HOW? What is going on…? This can’t be happening.

Every television station was broadcasting live… as we watched two engineering marvels to modern man… turn into two match sticks crumbling under their ashen weight. Every radio station was broadcasting emergency alerts. I listened mostly to KTYD in those days – Santa Barbara’s classic rock – and Matt McCallister was trying to maintain his calm… holding back tears you could hear… choking up, as his sidekick, Hayseed, was silent, minus the sniffle you could here, knowing he too was weeping.

CAN SOMEONE TELL ME WHAT’S GOING ON???

The annual somber event of the reading of the victims’ names, with that sorrowful tolling of the bell in the Manhattan morning breezes, seems to have faded a bit in its profundity. In these twenty years it would seem we’ve settled into the reality of that day. And the new orders to our daily lives.

I’ve been to the City a lot in the past twenty years. Doing my time with Scripps Network and HGTV. Working with Tyra. Crashing Martha’s soundstage set. Meeting Diane to produce a fashion show. Working with the archives of Chanel to incorporate archival trim in my wedding gowns. Being featured in the street front windows of Kleinfeld Bridal with my breakout wedding gown collection. Debuting my collection at Rockefeller Center’s rooftop gardens. Sealing deals with Clarkson Potter for my first two books. And having John do my bidding – and fighting – with ABC/Disney, and MTV. I did think I was going to be moving to Manhattan for a while a number of years back.

And I still haven’t made it back to Ground Zero.

I don’t know why. As a rule I feel too much… I just do. And I see the dead. I see their spirits. Maybe the thought of seeing those 2,996 people who died at that spot that day is just too much for me… that day wasn’t about the tennis balls. Or the elevator flying. Or the ant farm.

That day was a day that started out – albeit gorgeous with a bright full September sun – turning viciously on our humanity. Changing the course of the souls who’s lives animated all that steel, glass and concrete. And that day viciously changed the lives of their loved ones, left behind to do the sorting. With our nation, together grieving. Soon, in hindsight now, and in short order, that day viciously changed the world we live in.

We did come together. We did.

The only flag people really put on their cars, en masse, until 9 12 was the rainbow flag sticker. But from 9 12 on… I think there was a moment where every car in America had an American flag sticker on its tail. More than ever before I saw flags adorning the fronts of houses. And the flags at all their regular locations – City Halls, schools, libraries – stayed at half-staff. For a long time.

We hugged one another.

We stopped at the Post Office. And paused at the neighborhood park. And the grocery store. And we asked one another how we were doing… how were our kids doing… how was school going… how was work… what would we be doing this weekend… and was there time to get together.

We wanted to be together. In the realities, that updated their definition with each passing day, we saw in the dead – everyone from the janitors who mopped those marble floors, and the waitstaff who served Caesar salads at Windows on the World, to the secretaries who kept the records and the traders who built American business – we saw ourselves. In every color. Every age. Both sexes… and everyone else on the spectrum.  The hardworking folks on any number of different Visas. The firemen and women. The police officers. The cadaver and search dogs with their rescue teams. The street vendors who rolled down to feed everyone working tirelessly…

We saw each and every American.

We were all American.

More than anything, I argue… those buildings represented America. Reaching for the sky, strong, sturdy, dependable, elegant, on the swirling embers of Lady Liberty’s torch – She, looking up with a wink, acknowledging the great work of a peoples’ dream realized. The plaza’s surrounding the towers, and every floor all the way up to 110, were filled with every color and creed and manner of dress and belief system of humankind. Gathering as we’ve done for over 400 years on those rocky shores lapped by their cold Atlantic waters… to find a greater way.

To manifest a greater life…